Every one thinks only boys play football. Eversince child hood, when I saw guys playing football in the yard, I was thinking why I could not play with them either. One day I got upset and approached the guys and asked them to let me play with them. That day I asked, and then they started asking me, did not I? My father was opposed because he thought he was not a girlfriend, but due to my mother, he soon gave up and I appeared in the Women’s Football Federation of Armenia. I was not happy enough. I have participated in many competitions, have had victories and defeats. Outside, at school, I often heard that football changed a lot for me to become a boy. But I did not agree with anyone’s opinion, attended my classes. Football has changed pretty much, I have become more confident in my decisions. I would like to see a girls’ soccer team gather in this school to help me deal with my favorite sport.

Calvin lives on Vatersay, an island in the Outer Hebrides, Scotland.
The island is very, very small. It  is five kilometres long and five kilometres wide, and there are fewer than 100 people on the island
Calvin’s father works as a fisherman. He usually leaves the house before six o’clock in the morning. His mum always spends the day at home. She often does the housework, but the only thing she does. She teaches Calvin and his three sisters too. Vatersay hasn’t got a school, so the children learn at home.
Calvin and his family sometimes watch TTV in the evenings, but not very often, because the pictures the is hardly ever very good. Mawar lives in the of Kertajara, West Java, It is 80 Kilometres to the city from Mawar’s never goes to that  school. There is a temporary school in Mawar’s village, and that’s where she and 100 ofter pupils have their lessons every day. ‘I can’t seven kilometres to school  and back again every day. There are often storms and there is a lot of rain,’ Mawar says. ‘The school in our village is great. The building is old and is isn’t very good. But it means I can always go to school.’Mawar and her family never watch television- they haven’t got a TV.

her hair is long black. has a black eye. he is very friendly and beautiful — who is he?

Parts of the body

In Britain, about 50% of homes have got a pet. Almost sin million people in Britain have got a dog and five million have got a cat. Dogs, cats, birds and fish are the world’s  favourite pets.

But people in other countries have got different ideas about pets. In Arab countries, for example, dogs are not popular because people believe they aren’t clean. And in Africa, very few people have got animals as pets.

Some people in China and Japan have got small but noisy pets. They aren’t dogs, cats, fish or budgies: they’re fighting crickets. These pets are very noisy!

The Inuits of northern Canada keep bear cubs, foxes and baby seals. They look after them until the animals grow up.

Another example of an unusual pet is the ‘Madagascar hissing cockroach’. It’s quite big. It’s clean and doesn’t bite, and it sometimes makes a loud noise. Madagascar hissing cockroaches make good pets for children. In Australia and Indonesia, some people have got’ sugar gliders’. They are marsupials (that means they have got a pocket or pouch’ for their babies — like a Kangaroo) and they ‘ fly ‘ from tree to tree. 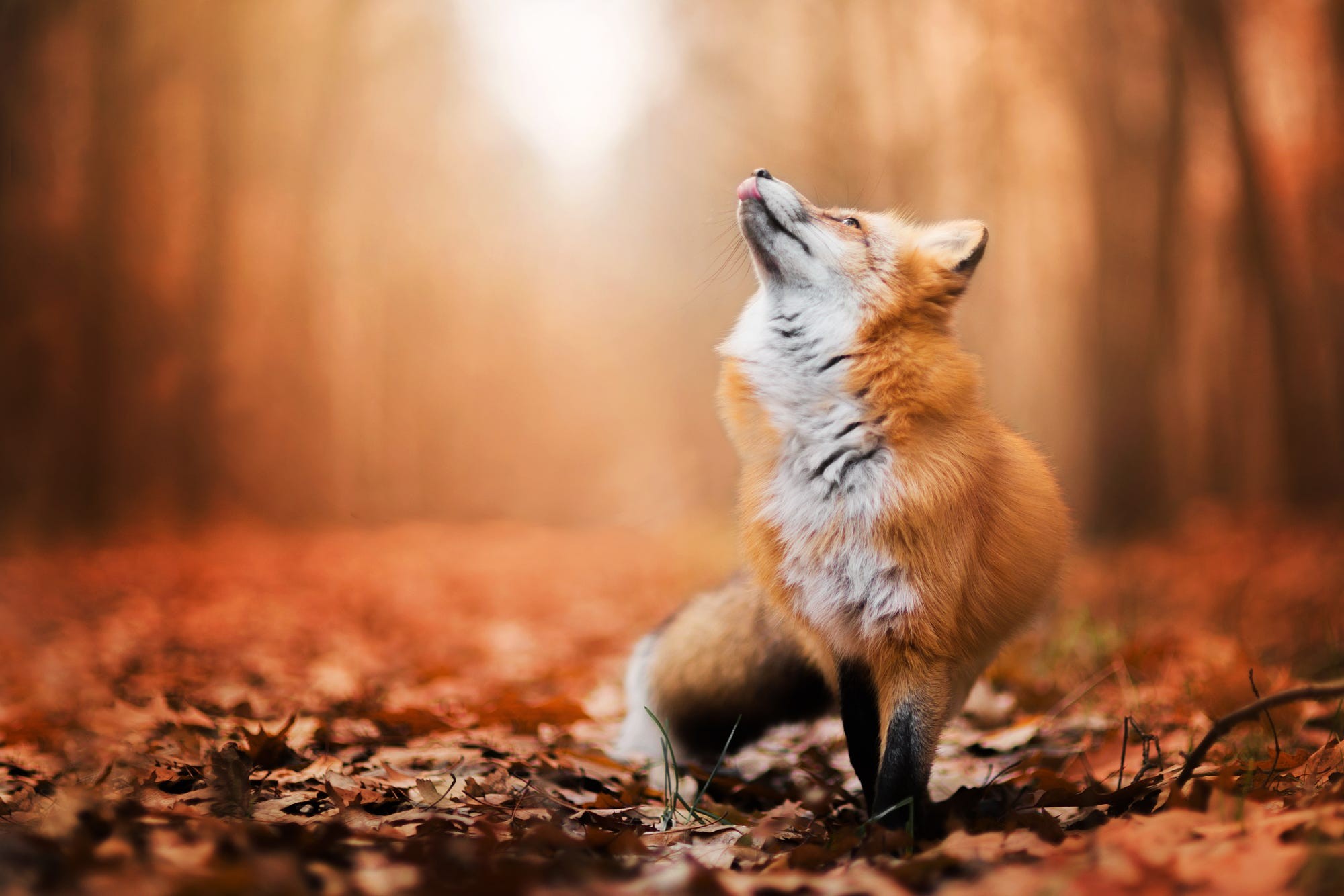 Michelle Obama is American’s first lady, the wife of the US President, Barack Obama. Millions see her on TV. What do you know about her? Where is she from? How does she live?

Michelle is from Chicago. She’s the daughter  of Fraser and Marian Robinson. Her father is dead and Marian Robinson doesn’t live in Chicago any more. Marian is an important woman now- she is the grandmother of the US President’s children.

The Obamas live with Michelle’s mother, their two daughters, Malia and Sasha, and their dog, Bo. Bo, a present to the girls  from their father, is a Portuguese water dog.

Michelle is very busy. She works on important projects for the American people. She also helps her husband with his work and his official duties.

There are soups with a sour-milk—egg base, separately prepared bozbash and difficult kinds of noodles.

The most known Armenian soup is called khash (from “khashel” – to boil). It is cooked from beef or mutton legs for almost 24 hours. It is a rich, viscous, fragrant and extremely healthy soup.

Bozbash is the soup from young lamb and big peas. The large chunks of meat together with small bones are semi cooked. Then they are removed from the broth and slightly fried.

Then the meat is put into a casserole and covered with half of broth. Potato cubes, peeled eggplants, Bulgarian pepper and onions are added. The entire mass is seasoned with tomato paste, salt, pepper and is cooked until ready.

Poch is the ancient soup from cow tails. At first, in order to get rid of the smell the tail is soaked in flowing water.

Then it is cut, put into a casserole with tomatoes, onions, sweet and spicy pepper. Then boiling water is added and the entire mass is simmered for three hours.

Chulumbur apur – rice soup with fried onions, seasoned with a mixture of eggs and milk.

Yaini — soup from beef with dried pitted and halved apricot

Tarkhana – a version of chicken noodles

Jiro is Japanese , and he likes food! When he asks , Do you want an egg ? , be careful . Most of us eat cooked eggs , but in Japan they often eat raw eggs on top of rice . Jiro says , We eat sushi — raw fish — all the time in Japan , so it isnt surprising that we eat raw eggs too!

Katka says that in her country , Slovenia , they have very good stews . Some of then are chicken ar beet , but others have got different meat — mice ! Not for me , thanks !

Wangs from China , and his favourite food is snake  in them . There are special anake meat is good . I dont think I want to try it . But maybe Jiro , Katka , Lastri or Wang wouldny like some of the things that I eat !

We all know the stories. The princess falls in love with the prince. He rescues the damsel in distress from the tower or the dragon or the wicked queen … or anything at all really. The plot in many fairy tales relies on a woman in trouble needing a brave, strong man to rescue her.

I loved Disney as a child, and I still do, but it is clear that stories such as Snow White and Sleeping Beauty are based on gender stereotypes. They show children that women spend their time looking pretty, cooking and cleaning and that women need a man to look after them. These ideals are old-fashioned and outdated.  I personally would feel uncomfortable teaching these values to children – boys or girls.

Luckily, Disney has clearly seen that their female characters were weak and helpless and their new films feature strong female characters. Tangled, which tells Disney’s story of Rapunzel, was released in 2010. Rapunzel is an intelligent and creative 18 year old who asks a man to help her to visit the kingdom. Although he is helping her, she also helps and saves him. She uses her intelligence and people skills to save him from a group of criminals, and she uses her magic (perhaps a symbol for special talents) to heal him when he is hurt.

Disney’s award winning film Frozen was released in 2013. Based on Hans Christian Anderson’s story The Snow Queen, it tells of a young girl, Elsa. Elsa can make it snow and turn water to ice. When she starts an eternal winter, it is her sister, Anna, who decides to save the kingdom.  When Anna’s heart is frozen, an act of true love is needed to save her. We immediately think of true love’s kiss. In the end, the act of true love which saves Anna is her decision to give up her life for Elsa.

The females in these stories are intelligent, brave and adventurous. They are better role models for young girls and show children that girls can be heroes too. Disney’s choice to show strong, independent females working together with men shows the progress which has been made in gender equality. Hopefully, through efforts such as this, the idea that a man always rescues the woman will not be passed on to future generations.

I love spring. It is a wonderful season. Spring comes and nature awakens from its winter sleep. The days become longer and the nights become shorter.
The ground is covered with fresh green grass and the first spring flowers. How lovely the white snowdrops are! There are new leaves and blossoms on the trees. The birds begin to sing and build their nests. The air is fresh and the sun shines brightly. The days are warm and everything is full of life and joy. Everybody feels younger and stronger.
Many people like spring more than other seasons. It is very pleasant to watch how the nature awakens from the winter sleep.
In spring we can go to the country and have a walk in the woods or by the river, play ball-games, lie in the sun and even have a swim if the water is warm enough.
That is why I like spring more than any other season of the year.